It is important to emphasize the point that Canada is a De Facto Government and what that really means, as it is not something we should take lightly.

The Extortion System of the Ruling Elite have created using a BNA Act, and renaming it as a Constitution Act which they use to steal wealth from the Sovereigns and the Sovereign Nations in a “Land mass they Call Canada “

Canada is foreign interests through the Privy Council.
Canada is a powerhouse filled with key manipulators who hoard the Nations resources to assist in the enslavement of the world.

The use of fraudulent bank loans and concentration of resources and wealth are primarily what Canada is about.

Most people are unaware of the fact that a De Facto Government such as Canada is an occupation and war against the Sovereigns who live on the land.

“Canada is a parliamentary democracy and a constitutional monarchy.”

This means Canadians recognize The Queen as our Head of State. Canada’s Governor General carries out Her Majesty’s duties in Canada on a daily basis and is Canada’s de facto Head of State.
http://www.gg.ca/gg/rr/index_e.asp

Here is a good definition of usurpation or simply usurp, which is what has happened in Canada, USA and other Nations around the world.

USURP‟, v. t. s. as z. [Fr. usurper ; L. usurpo.]
To seize and hold in possession by force or without right; as usurp a throne; to usurp the prerogative of the crown; to usurp power. To usurp the right of a patron, is to oust or dispossess him.
Vice sometimes usurps the place of virtue. Denham. American Dictionary of the English Language, Noah Webster 1828, Vol. II, page 105.

The above definition would fit Canada and the Catholic Church, as the Church holds the real land titles to all the world.
In Governmental Law. The tyrannical assumption of the government by force, contrary to and in violation of the constitution of the country. Bouvier‟s Law Dictionary, Third Revision (8th Edition)(1914), Volume 3, page 3380.

The above definition would apply to the USA and Counties it controls through the military and CIA. The leaders of the USA are mere puppets, who are destroyed if they do not do as they are told.

Okay let’s look at a definition for de facto: de facto government. A government wherein all the attributes of sovereignty have, by usurpation, been transferred from those who had been legally invested with them to others, who, sustained by a power above the forms of law, claim to act and do act in their stead.

The Sovereigns in all the Provinces and territories known as the Canada are under an Occupation of a foreign power and unfortunately most either don’t care or don’t know.

Their Unalienable Rights and freedoms have been Usurped by people that pretend to be their representatives.
Acknowledgement of this situation is the first step towards restoring those rights and freedoms.

Charter of Rights and Freedoms in Canada Corporation is FALSE

Canada Charter of So Called Rights

Canada Charter of So Called Rights

The history of common law 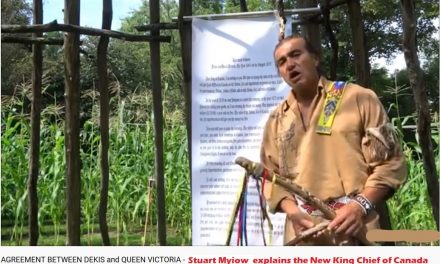 The agreement between the Dekis and queen Victoria